ABOUT THORRIN LIGGANS
This multi-talented professional broadcaster known as Thorn, 210 and Yaqub (Yaq) has been an underground rap pioneer since 1994. Thorrin’s unique background brings forth a powerful sound exclusively his own. Currently residing in P.G. County, less than 3 miles from where the District of Columbia, Maryland and Virginia connect, this seed of underground talent has potential for growth that is immeasurable. The decade of struggle, patience, success and perseverance proves to show a bright future for this young entrepreneur.

Born Thorrin Liggans; This fruit from a large family tree rooted in Mississippi and Louisiana has not fell far. Due to both of his parents’ commitments to serving their country Thorrin’s immediate family was stationed across the United States then to England and back. Upon returning Thorn found himself in P.G. County, Maryland. He admits, “ Being from a military family has left me very different from most, especially when you take into account what was going on in the world and our own backyard when my folks joined and served. I was faced with the struggles of growing like any other but my atmosphere was more culturally diverse.” With a bloodline deep into Blues, Jazz, Soul and Funk this talented young man explored his natural inclination to rhythm. The Washington D.C. metropolitan area provided yet another edge to Thorrin’s style with the flood of Go-Go music (a mix of percussion with little accompaniment). In 1994 as a sophomore at Suitland High School, he performed as a vocalist with the Extreme Funk Band. After graduating, Thorrin wanted to continue pursuing his love for rhythm while furthering his education.

In 1996 Thorrin attended Robert Morris College near Pittsburgh, Pennsylvania with a major in Mass Communications. There he made a fraternal bond (Phi Beta Sigma) that brought himself, Cash of Franchyze Entertainment (Alabama) and Mr. Impact of On Impact Entertainment (Ohio) together for numerous projects. Eager to further his career Thorrin transferred to Towson University in Baltimore, Maryland. While still studying Mass Communications he focused on electronic media and film to stay ahead of the digital curve that he thought would impact the industry tremendously. “As a student athlete we weren’t allowed to have jobs and I still had to pay rent for my apartment and pay for tuition so I adapted to the situation. My father always told me to rise and shine and make my contribution to the world; Godwilling I will do no less than that.” Thorrin continued living in Baltimore where he started producing and selling his original audio.

After one year of “hustling CD’s”, Thorrin started making his education pay off. He opened his basement as a studio and recorded some of Baltimore’s underground talent including Ques, Digga, Graffix, The Coalition and more. While starting his own company, Sounds of the Underground L.L.C., Thorrin continued his own projects. Baltimore WERQ 92.3 FM’s DJ Mike Nasty took interest in three hits off of Thorrin’s first official release entitled Yaqub “Questions & Answers”. The three hits included Summertime, The Reason for Life and 6 Feet Deep. All three received airplay on 92Q’s Rap Attack. Thorrin was appreciative and took it in stride. He wanted to keep doing and keep going. This lead him to his attendance at the Connecticut School of Broadcasting.
​
Thorrin moved from Maryland to North Carolina and then to California in order to continue to pursue his goals. “Knowing what I know now, I have too much to offer to ever give up. I will do what it takes to reach my goals within reason using my creativity and originality.” Thorrin still will grab the microphone on occasion but has found his niche in making beats. “Even when I did my first album it was only to really advertise the beats. Now that some of my work is getting attention from peoples’ ears like never before; I’m increasingly optimistic about the future. Above all things I want to continue improving my relationship with the All-knowing by continuing to read, and I also just want to finish my education.” Thorrin works in his private studio where he has produced numerous artists’ projects and multiple albums of his own including “Unsigned and Sold”, “Maryland Fed Mississippi Bred”, "Timeless" and "Southern Apes" released under the name 210, "Jars & Cigars" & "Free Premium Instrumentals" by Yaq and "Instrumentals Vol. 9" by Thorrin Liggans. Thorrin "Yaq" "210" Liggans brings his unique flavor to the profession and continues to contribute his art in the realm of Electronic Media and Film. 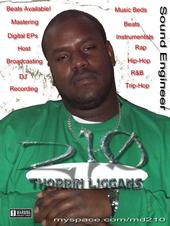 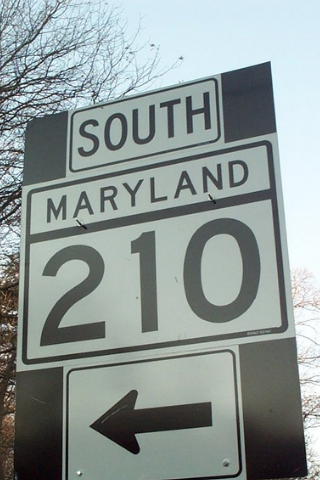 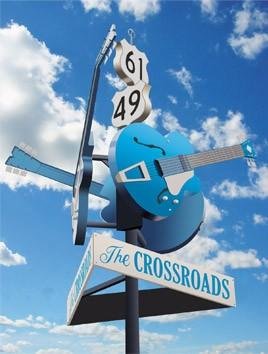